Family is important – I have a rather small family but that doesn’t mean I love it any less – but that being said, family doesn’t stop at blood. One of my favourite things in fiction is “found families”, families where no one’s related by blood but they all care for (and fight) each other as if they were. So here are my favourite fictional families – related or otherwise:

The Pevensies from The Chronicles of Narnia

The Kings and Queens of Narnia are so wonderful because they are children. They each have different qualities, some better than others but together is when they work really well – they balance each other out. My favourites growing up and reading the books were Edmund and Lucy, in some ways they are complete polar opposites to each other so I’m not sure why I liked them both so much.

The O’Connell-Carnahan’s (with added Ardeth Bay)
From The Mummy and The Mummy Returns (there is no third film) you have probably my all-time favourite fictional family. Rick O’Connell and Evelyn Carnahan make such a believable couple and with their son Alex, Evelyn’s slightly inept brother Jonathan and their friend Adreth Bay make a family which can save the world – twice!

The Weasley’s from the Harry Potter series
The red-headed family from the Harry Potter series has its faults. Molly Weasley can be spiteful, Percy can distance himself from his family, and Ron can be jealous but this is what makes this family so real – they are flawed, they are real. The siblings fight as real siblings would but at the same time they would defend each other to the end while Molly Weasley has such a big heart that she treats Harry as if he was one of her own.

The Spellman’s from Sabrina, the Teenage Witch (1996–2003)
Aunts Hilda and Zelda did a pretty decent job in raising their niece Sabrina in my opinion, especially with all the mishaps with magic going on. Plus it’s nice to see a family that’s not just a mum and a dad, but is in fact two aunts and a talking cat. 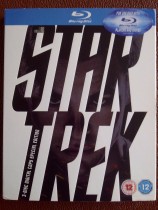 The crew of the SS Enterprise from Star Trek (TV show and movies)
This is the ultimate definition of a found family. Now I’ve only ever seen the movies – both the reboots and the originals – but the movies alone show how all these characters work together and each bring something to the crew. They save each other, both physically and emotionally, many times.

The Losers (2010)
No one can’t tell me that Clay is like the dad, Roque is the scary Uncle, Aisha is the even more scary Aunt, Pooch is the older brother, and Jensen is the hyperactive little brother. Cougar fits in as the quiet but deadly cousin who enjoys encouraging Jensen. I have the comic on my shelf but have yet to get round to reading it.

The Fast and Furious family (2001-present)
This is a great example of a chosen family. Yeah, Dom (Vin Diesel) and Mia (Jordana Brewster) are brother and sister but the rest of the motley crew are friends and partners. I just love how various characters relationships have grown and changed over the course of the movies.

The Mercer’s from Four Brothers (2004)
The thing I love about this family is that these four brothers (see what I did there?) aren’t biologically related, they have all been adopted into this family and they are still brothers. They help each other; they’re stronger together than a part, and they won’t stop at anything to extract revenge on those who hurt one of them.

The Thermopolis-Renaldi’s from The Princess Diaries series 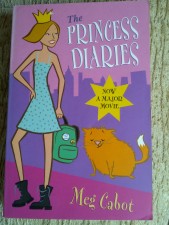 While I do love the film, it is unfortunate that they killed off Mia’s father before the film even started, that being said, Julie Andrews makes an amazing Queen and Grandmother. With the books you see a modern day family, Mia’s parents aren’t together but they are still able to talk to each other, her mum remarries, Mia gets a baby half-brother, and then there is of course her grandmother. While Mia does have to deal with the unusual task of becoming a Princess it’s great to see her family is so normal – or at least her mother’s side is.

The Dingle’s from Emmerdale (1972-present)
The Dingle’s are from the British Soap Emmerdale and I’ve always said even from when I was a child that if I could be a part of a Soap Family I’d want it to be the Dingle’s. The great thing about the Dingle’s (and no doubt this is because it’s a soap) is that it is such a large family, with cousins, and brothers, and uncles, and aunts, and daughters, and mothers, and everything else in between. A new Dingle turning up in the soap is always an interesting (and often hilarious) experience.