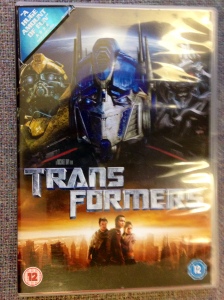 Banlieue 13 (2004)
I’m pretty sure I’m always talking about this film – it is one of my favourite films ever and I just love the relationships between the various characters and the epic fight and parkour scenes.

The Mummy (1999)
I think this is another film I’ve talked about a fair bit on this blog. It’s got my favourite fictional family having fun and being clever and funny and saving the world from an evil mummy. I always end up watching The Mummy whenever it’s on TV and it always makes me happy.

Mission Impossible: Ghost Protocol (2011)
So much team-being-awesome-and-each-having-their-time-to-shine in this film and that makes me super happy.

Legally Blonde (2001)
I’ve talked about my love of Elle Woods before but she, and the film itself, really makes me feel inspired and a lot better and more focused about where I am in life. 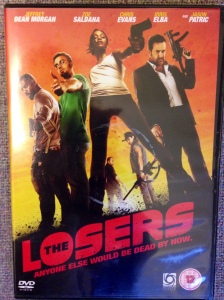 The Losers (2010)
I honestly think this is one of the best comic book adaptations out there. I watched the film many, many times before reading the comic (it’s all in a handy 2 volumes if you want to check it out) and it is a great adaptation that you can see panels in the comic as frames in the film. I just love the cast, the characters and it never fails to make me smile.

Sister Act (1992)
This is a film I’ve grown up on and always makes me happy when I’m feeling down.

Unstoppable (2010)
This is a simple concept done well. It’s a fast paced, action packed film that is about to guys saving some stupid cooperate guys skin (as well as saving a town of people too) It makes me happy and I don’t really know why.