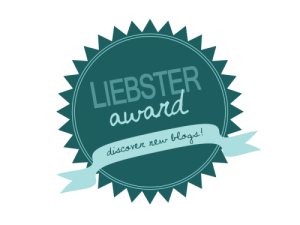 I’ve been nominated for the Liebester Award twice in the past month. So thank you very much Joey from Another Afterthought and Briana from From Pages to Pictures!

Here’s the rules for the Liebester Award:

So first off here’s my answers to Joey @ Another Afterthought’s questions – he put them in a kind of choose-your-own-story thing but I’m just gonna generally answer the questions.

The book I’m currently reading: X – A Novel by Ilyasah Shabazz and Kekla Magoon. It’s the story of Malcolm X’s early years and I’m only thrity pages into it at the moment but I’m liking it so far.
The book that tops my favourite list over the past three years: Luther: The Calling by Neil Cross. If you haven’t watched the show and/or read the book – you really need to get on that.
The book I’d give my worst enemy: New Moon by Stephanie Meyer as it is the one book I truly hated and I’d love to give someone else that pain.

Who’d be my best fictional friend: Mogget from the Old Kingdom series – he’s a sarcastic cat who’s manipulative and kind of evil but I’d love the weird friendship we’d have.
What’s my character name: I’d like to be Lirael because she loves books and is a badass.

An important fictional individual: Sirius Black, I’d love for him to be my Godfather.

My most hated villain: Dolores Umbridge from Harry Potter

A book that had a moment that got my heart racing: Lirael by Garth Nix. I reread it at the end of last year and the moment with the Stilken still scares me.

Books I’d destroy: On a whole I don’t like the concept of burning books, I’d burn New Moon because I dislike it so much but that hardly is a book of “true insight to leverage a victory” – I’m going to pass on this question.

A book that was a painful experience: New Moon was painful to get through because I was so frustrated with Bella Swan. The ending of The Bridge in the Clouds by William Corlett had an emotionally painful finale.

My favourite book of all time and a moment/quote that had changed my perspective: “Abandon the cultural myth that all female friendships must be bitchy, toxic, or competitive. This myth is like heels and purses – pretty but designed to SLOW women down. This is not to say women aren’t bitches or toxic or competitive sometimes but rather to say these are not defining characteristics of female friendship, especially as you get older.”
Bad Feminist by Roxane Gay – it didn’t necessarily change my persepctive, but it did reinforce my view on female friendship.

What trial, test, prophecy, or situation would you not want to undergo under any circumstances whatsoever? The Hunger Games – I’d like to think I’d be most like Foxface in the Games, keeping myself to myself and being sneaky, but really I’m not that athletic or vicious so I wouldn’t survive long at all.

What adapted scene is on the screen that you disliked (or thought was poorly executed)? A fair bit of the Harry Potter films isn’t always great. Dumbledore shouting at Harry after his name was pulled out of the Goblet of Fire will never not be funny.

The world I’d like to wake up in: Narnia, I’d totally go exploring and make friends with the different creatures and see if the Pevensie’s or Caspian are around.

Now for Briana @ From Pages to Pictures’s questions

What is your biggest pet peeve?
People being late. I’m someone who is always at least ten minutes early to places so I can’t stand people who are always late.

What would you sing at karaoke night?
Something girl power-esque like On A Mission by Gabriella Climi.

If you could have dinner with any celebrity (dead or alive) who would you dine with?
Hugh Jackman is my ultimate celeb idol so it’s got to be him.

If you had to pick your last meal on Earth what would it be?
That’s such a tough decision! It’s have to be a toss-up between pasta bolognaise and a Chinese takeaway from my local takeaway place. I’d probably go for pasta bolognaise as that food always makes me happy.

If you could live in the world of any movie/book/TV show, what story would you live in?
I’d like to live in the Inheritance Saga by Christopher Paolini, there’s dragons, elves, monsters and magic – what’s not to like?!

How do you eat your Oreos?
I don’t think I’ve ever had Oreos. I’m a Brit who when I was growing up Oreo’s hadn’t made the trip across the pond and now they have I’m just not that fussed.

If you could be anyone in the world (besides yourself) would you do it? Who would you be?
I wouldn’t want to be anyone else forever but I’d find it fascinating to be a guy, any guy, for a while just to see what it’s like to be a man in the world and to experience the differences between how men and women are treated by society.

What’s the best compliment you’ve received?
The other the day a guy actually said I reminded him of a young Eleanor Roosevelt which (from what I know about her) is a pretty badass compliment.

If you came with a warning label what would it say?
Will trip over her own feet and/or walk into stuff. I am so accident-prone.

1. What’s the last film you saw at the cinema?
2. When did you last read a classic novel and did you enjoy it?
3. Are you more of a chocolate, biscuits or sweets kind of person?
4. Who is your favourite actor/actress who you’ll watch anything just because they’re in it?
5. How long have you been blogging and why did you start?
6. What’s your favourite book-to-film adaptation?
7. Do you prefer paperbacks, hardcovers or ebooks? Or do you not really care what format your book is in?
8. What do you eat/drink when you’re reading?
9. Who’s your favourite superhero?
10. What three words would you use to describe yourself?
11. If you could be a part of any fictional family from a book/TV show/film what family would it be?

And here’s the people I’d like to nominate for a Liebester Award – if you’re not on the list but would still like to answer the questions, go for it! And let me know so I can check out your answers

Thanks again to Joey & Briana for nominating me for the Liebester Award – I really enjoyed answering your questions and you should all go check out their blogs.