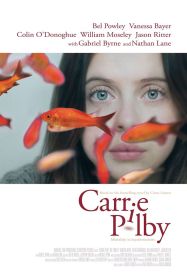 Nineteen-year-old Carrie (Bel Powley) struggles to make sense of the world and be happy as she tries to deal with an absent father (Gabriel Byrne), her higher than average IQ and the fact she doesn’t really like to leave her apartment.

Carrie is super smart and honest and that means she doesn’t always get along with people who she tends to find have the opposite traits. She’s a nineteen-year-old who thinks she knows everything and is pretty confident in who she is, but that doesn’t mean she’s always right. Carrie is a compelling yet sometimes frustrating character because of that – she likes to give the impression she’s all grown up but then she can have a childish attitude to somethings. I liked that about her. She’s the quirky, adorkable lead we’ve seen before but Powley plays her in a way that makes her feel more real.

Her relationship with her psychiatrist Dr. Petrov (Nathan Lane) is great and their scenes are often funny yet touching. Powley and Lane bounce off each other really well.

There’s humour in Carrie’s escapades as she tries to complete a list of goals set by Petrov, some of it doesn’t always land but it’s sweet and fun and it all helps Carrie to grow and be more aware of how lucky her situation is.

While Carrie Pilby is an indie film that’s typical of the rom-com, coming-of-age genre, director Susan Johnson puts together a tracking shot on the streets of Manhattan as Carrie and her neighbour Cy (William Moseley) take a walk on Christmas Eve. It makes their conversation feel so natural as they get to know each other and, as the viewer, you get to see a different side to Carrie.

Carrie Pilby is a fun, coming-of-age drama with a wonderful lead in Bel Powley. 3/5.