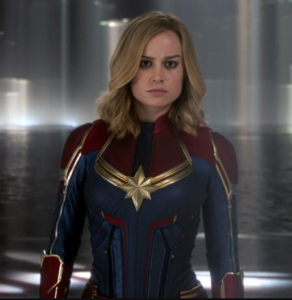 *Vague spoilers for Captain Marvel will be in this post*

Carol Danvers aka Captain Marvel is a new addition to my ever-growing list of favourite MCU characters, but I am very happy she’s there.

I think Carol and her story are so unique because it isn’t a typical heroes origin story. She already has these powers, but it is as she rediscovers who she is, how she’s been lied to and manipulated, that she fully embraces her strengths and power.

I loved it when she said she “has nothing to prove to you” to a guy that had been constantly telling her that her emotions made her weak and she didn’t need them. Carol’s pure joy when she flies and fights with her powers at full blast put a huge smile on my face. She deserved to feel that powerful after being told for so long she was lesser than.

The scene where she takes how being human is supposedly a sign of weakness and shows that being human, and in some way being a woman especially, means that you get up after you get knocked down and you don’t give up.

Carol is sassy and kind and loyal and brave. She’s someone who greatly values friendship and she’s willing to learn from her mistakes and will try and make things right. She is just so cool and badass and I can’t wait to see her with the other Avengers and I hope she’s been having many awesome adventures across the universe.