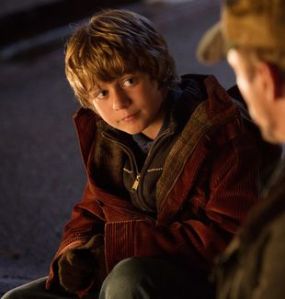 I love Harley and I think he was just the sort of person Tony needed to run into. I love Tony Stark’s sort of paternal/mentor relationship with Peter Parker, but before he met Peter Tony had already met one smart kid and had gifted him a bunch new equipment and robotics.

Harley is a great character because while he’s a kid that can sometimes be annoying and insensitive, he’s also smart enough to be able to bounce ideas around with Tony Stark. Plus, Tony walks that fine line of knowing Harley’s a kid but also not treating him like an idiot making their conversations and relationship a lot of fun.

Harley may have accidentally triggered an anxiety attack in Tony after mentioning New York, but later on he’d learnt from his mistakes and the next time Tony had an anxiety attack, he managed to snap Tony out of it. He did this by saying that Tony was a mechanic and can therefore simply build something to fix his problems. It’s great because Harley has a childlike understanding of anxiety and Tony’s issues but that childlike bluntness, or simple yet logical way at looking at something, is what really helps Tony out.

Harley works as a character because the script treats him as a child. He’s about ten years old and he never seems too mature for his age, instead he’s very much a child that’s discovered something amazing and wants to help though will probably not help as much as he’d like to. Harley can be annoying and maybe even obnoxious but he’s still sweet and loveable and the kind of kid you wouldn’t mind being around. I mean, Harley’s not afraid to try some emotional manipulation even if it doesn’t work out for him.

I’d really like Harley to make an appearance in the MCU again. He’d probably be around the same age as Peter Parker so I can just imagine the two of them becoming buddies and working with Tony in his lab, and no doubt the three of them would cause chaos together.