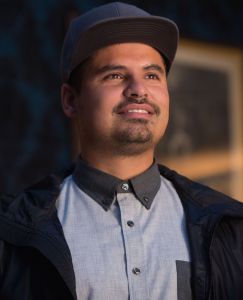 Who didn’t come out of the first Ant-Man film not loving Luis?! He is funny, caring (he makes food for his friends as they’re working), and loyal.

Luis is a criminal, but he’s a loveable criminal who got arrested for a petty crime but from being in jail he met Scott and got a best friend. Luis is the kind of guy who looks at the positives in life even when there’s a lot of things going against him.

Luis’s monologues/story telling are the best! I like how they’re all filmed anyway with the different actors mouthing the lines, but I also like how Luis can go off on a tangent, giving minor details that are nothing to do with the main point of the story but instead show what some of his interests are. He needs people to help him focus otherwise he might not ever stop talking.

Luis is great fun. I like how in Ant-Man and the Wasp he is now the boss of a security company with Scott, Kurt and Dave and he tries to be a good boss and wants to have a successful company. That doesn’t stop him doing perhaps less than legal things to help Scott out though. Their friendship is wonderful and supportive.