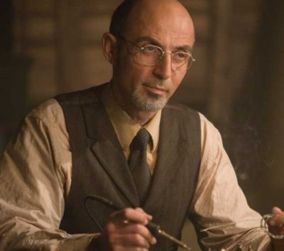 When you look back on the MCU, one minor character that really has had a lasting effect on a hero is Ho Yinsen. He is such an important character!

Yinsen was held captive with Tony Stark in Afghanistan and it was Yinsen who saved Tony’s life. He’s the one who put an electromagnet in Tony’s chest, stopping the pieces of shrapnel getting to his heart. Yes, Yinsen’s version was with a car battery and once Tony was on his feet, he figured out how to make the system better with a miniaturised arc reactor, but Yinsen came up with the way to save Tony’s life first.

Yinsen was intelligent, he was a scientist and surgeon and he could speak multiple languages, so he was more than capable to help Tony build the first Iron Man armour. He helped motivate Tony to resist their captors and do something about the terrorists having so many of Tony’s weapons. “Is this the last act of defiance of the great Tony Stark? Or are you going to do something about it?” was just the sort of no-nonsense pep talk Tony needed. Yinsen was also incredibly brave as he willingly sacrificed his life so Tony could escape.

Tony went and saved the villagers of Gulmira, Yinsen’s village, once he’d made the Iron Man suit. I’m not saying Tony wouldn’t have saved any village he heard about on the news, but there were definitely more of a personal stake there for him. Yinsen’s last words to Tony was not to waste his life and I like to think Tony took that to heart.