We’re halfway through what has been an eventful, interesting and somewhat depressing year so far (at least for me) so it’s time to have a quick check in on my reading so far in 2020. I also thought I’d do the Mid-Year Book Freak Out Tag which was created by Earl Grey Books and Read Like Wildfire on YouTube. Turns out I did this tag in 2017 and not done it again since – probably due to my lack of organisation.

My very simple reading goals of 2020 are: 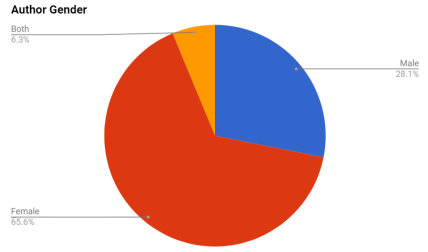 Now onto the tag!

1. Best book you’ve read so far in 2020
The Lies of Locke Lamora by Scott Lynch
This was actually a bit difficult to choose as I’ve read a few 5 star books so far this year but I just loved Locke and his crew/family and the story was funny and exciting and just fantastic. I listened to the audiobook and I highly recommend that because the narrator is one of the best I’ve ever heard.

2. Best sequel you’ve read so far in 2020
Deathless Divide by Justina Ireland
I don’t read a lot of sequels. Both because I tend to read standalone books and when I do read a series, I usually take ages to get around to reading the next book. This year I read a sequel the month after I read the first book! Deathless Divide was darker and better than the first book and I definitely recommend reading them both.

4. Most anticipated release for the second half of the year
This Is My America by Kim Johnson
I’m so bad at keeping up with book release dates (and as I said a lot of what I read is backlist) but I did come across This Is My America by Kim Johnson recently and I do really want to read that. It’s described as “The Hate U Give meets Just Mercy in this unflinching yet uplifting first novel that explores the racist injustices in the American justice system” and I think it comes out at the end of July so I don’t have long to wait.

5. Biggest disappointment
Transparent City by Ondjaki
It was difficult finding an answer for this one as I didn’t have many books that I had hyped up in my mind, but Transparent City is so far my only one star read this year. The premise was interesting, a man is slowly disappearing, but it ended up being about so many other people and I ended up not liking it at all. I listened to the audiobook and the narrator probably didn’t help either.

6. Biggest surprise
The Places I’ve Cried in Public by Holly Bourne
I don’t often read contemporary “romance” (and I use the word romance loosely when describing this book) and this was the first Holly Bourne book I’d read after hearing such great things and oh boy was it like a punch in the gut but in the best way. This nearly got the “Best Book You’ve Read So Far” honour. When I was just 30 pages into The Places I’ve Cried in Public I knew this book was going to be special but I’m still surprised how much I loved it.

7. Favourite new author. (Debut or new to you)
The only author I’ve read multiple books from this year was Justina Ireland and I did really like her writing style but also I was just so impressed with The Places I’ve Cried in Public that I need to check out more of Holly Bourne’s work so both of them probably count as a new favourite author.

8. Newest fictional crush.
I don’t really do fictional crushes but I absolutely adored Locke Lamora. He’s just the kind of character I love; smart, fallible, witty, loyal and sometimes a bit of a dick, and I’d totally end up being charmed by him if I encountered him in real life.

9. Newest favourite character.
Jane McKeene – Dread Nation by Justina Ireland
Jane is just so sharp and clever and forceful, but she can also be blunt and hurtful towards others. She’s just so complicated but she does start to open herself to others and I love that about her.

10. Book that made you cry.
They Called Us Enemy by George Takei, Justin Eisinger, Steven Scott and Harmony Becker
There hasn’t been a book so far this year that has made me physically cry, but They Called Us Enemy did get me all choked up and emotional – whether from sadness or anger.

11. Book that made you happy.
Hawkeye: Avenging Archer by Jim McCann, David Lopez, Duane Swierczynski, Manuel Garcia and Paco Diaz
I just loved reading more about one of my favourite characters and some of the arcs I’d missed. 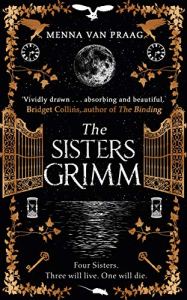 12. Most beautiful book you’ve bought so far this year (or received)
The Sisters Grimm by Menna van Praag
I got this from a Illumirate box and gosh it’s pretty. I really like naked hardcovers and with the gold and the white it just really stands out to me. It also has black sprayed edges so that’s a bonus.

13. What books do you need to read by the end of the year?
All of them? I really want to put a proper dent in my Read the World Project. The aim was to read a book from every country in the world before I turn 30 – that happens in fifteen months. And I’ve got 84 countries left. Theoretically it should be possible, but half the battle is finding books published in English from various countries. I currently own 14 books from around the world and some of them I plan to read soon are; The Matter of Desire by Edmundo Paz Soldán (Bolivia), A Land without Jasmine by Wajdi al-Ahdal (Yemen) and Screaming of the Innocent by Unity Dow (Botswana).

How’s your reading going so far this year? Because I love charts, here’s a final one showing a breakdown of the different genres I’ve read so far in 2020.