Orphan Lewis (Owen Vaccaro) moves in with his uncle Jonathan (Jack Black) who he discovers is a warlock, and in his house there’s a mysterious clock with unknown powers they must find.

When I saw the trailer for The House with a Clock in Its Walls it reminded me of Jumanji (1995) of all things. And after seeing the film I’ll stand by that gut reaction. It’s got the same blend of adventure, scares and great characters and it’s overall just as charming.

The House with a Clock in Its Walls is set in 1955 and that 50s aesthetic is a big part of the films charm. The house is eerie with parts of it coming alive – the house is its own character really and that makes sense as such a large part of the film takes place within its walls. It’s a weird and wonderful place, but there’s also a darkness to it too.

Jonathan’s next-door neighbour Florence (Cate Blanchett) is witch, and a powerful one too, but her powers have been unpredictable for a while. Blanchett and Black are a surprising but great comic duo, they quickly fire barbs at one another, but you can tell that it’s a form of affection for them and they have a deep friendship.

The House with a Clock in Its Walls has surprising number of layers, I teared up a couple of times during this film, and it’s got some great messages about not being afraid of being different. Plus, there’s some unexpected serious moments about the affects of war and these are woven into the story so well that none of it ever feels preachy.

The House with a Clock in Its Walls is an unexpected delight. It’s funny, charming and has some child-friendly scares. All those elements are so well balanced it makes it feel like an old-fashioned family adventure in the vein of Jumanji, Hook or Who Framed Roger Rabbit. It’s a really great time. 4/5.

Ocean’s 8 is a spin-off from the George Clooney-starring Ocean’s movies from the 2000’s. Besides from a small cameo near the beginning of the film, which is a nice touch rather than feeling desperate, Ocean’s 8 is its own thing and stands on its own merit.

There’s something immensely satisfying watching women who are good at what they do, go and get the job done. There’s all the usual types of characters when it comes to a heist film. Lou (Cate Blanchett) is Debbie’s right-hand woman, Tammy (Sarah Paulson), is a fence, Rose (Helena Bonham Carter) is the one who has to stick close to their target, Amita (Mindy Kaling) is the forger, Nine Ball (Rihanna) is the hacker, and Constance (Awkwafina) is a pick-pocket. They are all so great in their roles and the chemistry between them all is wonderful too. I have to say Hathaway is the standout when it comes to the cast’s performances. She’s the epitome of a diva here, funny, outlandish and deceptively smart too.

The heist itself is clever and manages to fool the target and the audience though Ocean’s 8 lacks the style seen in previous Ocean’s movies. That being said, the costumes more than make up for that – all these women look fabulous. The soundtrack is also pretty great too.

Ocean’s 8 is an entertaining heist film with characters you root for. I really hope there’s a sequel because I’d love to see these women steal more amazing and priceless stuff. 4/5.

My original review of Thor: Ragnarok from October 2017 is here.

Imprisoned on the planet Sakaar, Thor (Chris Hemsworth) is reunited with the Hulk (Mark Ruffalo) but he must find a way to escape and return to Asgard, where Hela (Cate Blanchett), the Goddess of Death, is set to takeover.

Thor: Ragnarok is a weird and wonderful comedy superhero film. It’s bright and colourful, with wacky characters, costumes and settings. It’s very different to the previous Thor films which can be a little jarring but once you accept that it’s showing a different side to these characters, it’s a fun ride.

It’s the characters and their interactions that makes Thor: Ragnarok. Loki (Tom Hiddleston) is back and once again you’re not entirely sure if he can be trusted, but through his conversations with Thor you see a different side to their relationship. There’s so many moments in this film where you can see their history and how they really are brothers who have grown up together. Valkyrie (Tessa Thompson) is a hard-drinking scavenger and a really interesting new character. Her banter with Thor, and playfulness with the Hulk are unexpected but great. When Thor, Loki, Valkyrie and Hulk (and also Bruce Banner when he makes an appearance) are together, or any combinations of thereof, their chemistry is clear to see.

The action sequences are a lot of fun and exciting. Seeing Thor and Hulk battle is a real joy to watch while the battle for Asgard between Thor, his companions and Hela is one of the best third acts in a Marvel movie. It’s funny, compelling and has a fair few unexpected moments.

There are some uneven moments in Thor: Ragnarok when it comes to balancing the comedy with the drama. Mostly it works, but a couple of times a joke undercuts the emotion of a scene when is a shame.

Thor: Ragnarok is a lot of fun. It’s bizarre but still manages to have some of the best character development we’ve seen for Thor for ages. It also has more serious themes like colonialism and refugees, while still being very funny. 4/5.

Thor (Chris Hemsworth) finds himself imprisoned on Sakaar, a planet ruled by the Grandmaster (Jeff Goldblum), and is forced to battle in gladiator-style events where he is reunited with the Hulk (Mark Ruffalo). Thor must fight to escape and return to Asgard where the Goddess of Death Hela (Cate Blanchett) has claimed the throne and plots to bring about Ragnarok – the end of everything.

Thor: Ragnarok is big, bright and bold. It’s the most colourful Thor film yet, especially the planet Sakaar. Everything there from the costumes to the sets to the characters, they are all vivid and almost bursting from the screen. Thor: Ragnarok has a lot of humour too. Not all the jokes land but it’s bright world compliments weird and funny characters.

A lot happens in the first thirty minutes of Thor: Ragnarok. There’s a lot of character introductions, references to what happened in the previous Thor standalone film, The Dark World, and set up for the main plot. It bounces all over the place for a time, from various planets including Asgard and Earth until the main story settles on Sakaar. This is a bit disjointing at times and makes it hard to settle in with the flow of the film, especially when the off-beat humour is not really what has been seen in previous Thor films.

Once everything is set up though, that’s when the various characters and their interactions really shine. Any of the moments between Thor, the Hulk (or Bruce Banner when he’s back in the driving seat), scavenger Valkyrie (Tessa Thompson) and Loki (Tom Hiddleston) and combinations thereof were a joy to watch. The quick-witted banter is great but there’s still some nice moments of character building between them all.

The action sequences are a lot of fun, especially the battle between Thor and the Hulk. Hela proves to be a formidable villain as she wrecks death and destruction on Asgard, with very few standing in her way. She’s probably the most interesting villain since Loki, and her entrance into Thor’s world flips everything both he, and the audience, knows on its head.

Thor: Ragnarok is weird but kind of wonderful. It isn’t perfect and has a lot going on at times, but the cast of characters and their interactions are what makes it. It’s a funny and enjoyable watch. 4/5. 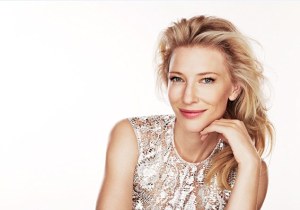 Cate Blanchett is gorgeous, classy and is not afraid to shut down sexist comments aka she’s awesome!

I think the first thing I ever saw Cate Blanchett in was The Lord of the Rings trilogy and she really does make the perfect elf. Ten-year-old me was terrified of when she went all green and scary over the One Ring though and to be honest, when I do my yearly rewatch of The Lord of the Rings, she still freaks me out a bit.

One of the things that I found out about Cate Blanchett fairly recently was that she’s Australian – I’m not sure how/why I never realised this but I hadn’t and it surprised me. I think it’s because I’d seen very few interviews with her and only films where she had an American or an English accent. People who can seamlessly change their accents always impress me.

I loved the moment on the Screen Actors Guild Awards red carpet last year where Cate Blanchett actually asked the camera if it does the slow pan up the body to the men, like it does the women. I’m a big fan of women calling out sexist questions on the red carpet as it’s one of the biggest platforms they can have. The video of that wonderful moment is below for your viewing pleasure.