This is one of those films I went into blind and wanted to watch it purely because there was an actor I liked in it. In this case that’s Emma Thompson but I have to say I’ll be checking out Daryl McCormack’s filmography after this because he was utterly charming and charismatic. Thompson though is a tour deforce. Emma Thompson is generally great, she’s funny and quick and nails those dramatic moments, but in Good Luck to You, Leo Grande it’s like you get to see another new side to her. Nancy is scared and vulnerable while also being incredibly opinionated and sure about the things she does know about. Sex is something she’s unsure about having only slept with one man her entire life and having never had any pleasure from it. But her life and her thoughts on society are things she is sure about as she’s a planner and thinks through every possible scenario.

The conflicts that arise in Good Luck to You, Leo Grande are often personal and internal ones. Nancy is conflicted by what she’s doing. Hiring a sex worker is so out of her realm of normality that she second guesses herself almost constantly. Then there’s the boundaries both she and Leo put for their own peace of mind and how things deteriorate when those boundaries are crossed.

The fact that Good Luck to You, Leo Grande is pretty much just set in a hotel room is great too as I’m a big fan of single-location films. How Leo and Nancy move around the space is interesting and when tensions boil over, they feel so far apart even though they’re in the same room and are still as physically close to one another as they have been before.

The discussions Nancy and Leo have before, during and after sex are both funny and interesting. Their ideas of what sex work is and its value differ greatly and some of that can be put down to a generational divide. To begin with Nancy thinks there must be “something wrong” with Leo or he must have some huge trauma to do what he does but for him it’s a job he enjoys doing. He enjoys giving others pleasure and there’s the clients that don’t want anything from him but some company. Good Luck to You, Leo Grande is probably one of the most nuanced and positive depictions of sex work I’ve seen in a film. Leo is never guilty about his job and he is kind enough to explain to Nancy what he gets out of it. 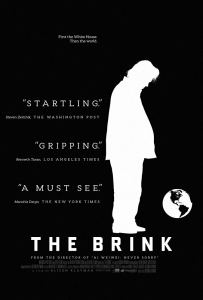 The Brink spans across about a year, from Autumn 2017 to late 2018, and gives unbridled access into the life of Bannon as he meets with politicians and campaigners and discusses the next move in forwarding the nationalism agenda.

The thing that the The Brink did really well is show how Bannon is a hypocrite and almost constantly contradicts himself. The type of documentary it is means the filmmaker doesn’t make their own commentary on what is happening, instead they allow the camera and the actions of the people on screen to tell the story. While Bannon speaks out against the rich and the elite, you also see him going to the dinners at the Upper East Side, flying in private jets, and staying fancy hotels. It is clear he is a hypocrite as he enjoys the lifestyle that being a part of the elite can bring. He also lies and contradicts himself when questioned on past statements, even when journalists have the evidence to back it up.

Bannon’s meetings and dinners with far right and nationalist politicians from across Europe are often uncomfortable to watch. There is Nigel Farage, former leader of UKIP and now the leader of the Brexit Party, who says increasingly inflammatory things as well as members of the National Front in France and other right-wing politicians across Europe. However grimy these dinners might make one feel; they are illuminating as you see how these people think and the propaganda they believe in without any filters.

The Brink is often shocking, with one of the most surprising things being how much access the filmmaker got, sitting in on so many dinners, meetings and private conversations. You get to see exactly the kind of man Bannon is – he can be charming and charismatic, he is smart – though not as smart as he believes he is – but he is also aggressive, rude, and will talk down to anyone who is not acting quick enough to achieve his goals.

The Brink is an engaging documentary though it does help to have a lot of background knowledge on Bannon, his time in the White House and certain events he was involved in. It throws you straight in, following Bannon and his aims without giving a lot of context. There are titles that appear every now and then, giving more information, but really, if you don’t know all what Bannon did as a part of Trump’s campaign staff did as, then the film is more of a character study. 4/5.

As an aside, The Brink would make a good double bill with another political documentary – Knock Down the House. Both of them cover the same amount of time and culminate at the results of the 2018 US midterm elections, however they follow people on complete opposite sides of the political spectrum – showing just how divisive politics has come, not just in America but around the world.

This year I attended the Cambridge Film Festival for the first time. This was mainly because I now live in Cambridge but to be honest previously I didn’t know it existed. I was lucky enough to receive press accreditation, so I got to see a lot of films both as screeners and in the cinema for free as I was reviewing them for JUMPCUT Online. I also went to the London film Festival a couple of times this year. I try to see a couple of films at least at the London Film Festival each year, it’s not that hard for me to get into London and spend a Saturday or Sunday seeing films.

I was pretty exhausted after a week of festival viewing and it took me a while to write up all my reviews. (This is in part because my laptop decided to die – the charger port stopped working so I sent it away to be fixed and it was almost three weeks before I got it back. But that’s another story)

I’ve been thinking about what I want to get out of film festivals. Obviously, it’s a chance to see a film before the general public. Film festivals are especially helpful for that in the UK as, in comparison to America, we sometimes get smaller indie films or films that are likely to get awards buzz anywhere from one month to about three months or even longer after our American friends. For me, the films I make an effort to see at festivals are ones that are unlikely to get a cinema release, or if they do it would be a very small one and hard to find it in the cinema or even online on streaming or rental sites.

For instance, at the London film Festival this year there were films like Widows and Colette and they were all going to get UK releases – Widows was released last month, and Colette is set to be released in January. Take Widows for instance, from its UK premiere at the London Film Festival to when it was released in the UK, it was three weeks which is nothing really and so I would rather see the films that might be a foreign or indie film (or both) which I am unlikely to see in my big local cinema chain.

There’s also the community or networking side of film festivals which I do enjoy. A twitter pal arranged a #FilmTwitter meet up at the London Film festival and is was great to meet new people and to talk to people I’d met online in person. I really enjoyed the couple of hours I spent with all of them before we all went to another film screening or off home. It was a nice bonus for me as generally speaking my film festival experiences on the whole are quite solitary. This is due to what I’m interested in seeing, the cost and just the timings and people’s availability.

Due to the fact I was press at Cambridge Film Festival, and I lived so close to the cinemas so could go after work or walk from my flat, I packed in a lot of films in just over a week. I would see three films in a day, and in amongst the film watching I tried to review as many of them as possible. I was exhausted when I was finally finished and to be honest, I don’t think I paid as much attention to some of the films because my brain was getting over-saturated.

From that experience I definitely learnt that less is more with me and film festivals – I say that as if I won’t apply for press accreditation again next year! It’s cool to see films early before “everyone else” but I would rather spend the money on seeing more obscure films that don’t yet have a UK release date than ones that I know will get a decent to large scale release in a matter of weeks or months.

Have you ever been to a film festival? What was your experience and what do you like to get out of them? 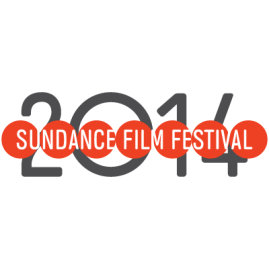 Sundance Film Festival is in full swing so I thought I’d share the ten films I’m rather liking the look of that are currently being shown at Sundance. I’ll say straight away that I lot of these films first caught my eye because they have an actor/actress in it or a director I’ve previously enjoyed, that being said, some of them their synopsis sounds so good I had to share.

To Be Takei
Not gonna lie, the first thing that really introduced me to George Takei was the British reality TV show I’m A Celebrity… Get Me Out of Here! I knew who he was – of course I’d heard about Sulu and Star Trek – but I’d never really watched it much growing up. Watching George Takei in the Austrailan jungle really showed what a wonderful person he is and ever since I’ve been a little taken with him. So a documentary about the man himself sounds wonderful, especially of a man who has had such an interesting life.