Top Ten Tuesday is a feature run by BrokeAndBookish each week. This week is a movie freebie so you can write about whatever you like, top ten all time favorite movies, top ten foreign films, top ten rom-coms, whatever! I thought this would be the perfect time to talk about the films I can watch over and over again and no matter how many times I watch it I never get bored.

I count these two as one film too because they follow so well from one another – plus there’s no third film. These films feature one of my favourite fictional couples and my favourite fictional family ever! The O’Connell-Carnahan’s with Ardeth Bey are just the best! The Mummy and The Mummy Returns are so much fun and full of adventure and I could never get bored of watching them.

Legally Blonde (2001)
Elle Woods is a feminist icon and so is Legally Blonde. Whenever I see Legally Blonde is on TV I always end up watching it, I can quote so many lines and I adore the soundtrack. Elle Woods makes me want to work harder and to be the best I can be and I love getting that feeling every time I rewatch this film.  END_OF_DOCUMENT_TOKEN_TO_BE_REPLACED

Evelyn Carnahan is one of the smartest, bravest and greatest female characters to ever grace the screen. She definitely was one of those characters that influenced me as a child, I first saw The Mummy when it was on TV a few years after its release so I think I was about ten when I first watched it and since then I’ve pretty much rewatched it every year.

Evelyn is a librarian with a focus on Egyptian mythology but she isn’t always granted the opportunities in life and her boss thinks she’s sometimes a bit useless. But when she gets the chance to find the lost city of Hamunaptra and prove everyone she takes it. Her actions may have caused the end of the world but that doesn’t stop her trying to put it right. She fights mummys, translates ancient Egyptian and she goes on to not just be the damsel that needs saving but also saves herself and her friends. Evelyn is so great because she’s so enthusiastic and passionate about the stuff she believes in, stuff that some people mock her for but she never lets it get her down.

In the second film Evelyn is now married and has a son but that doesn’t stop her being an explorer and discovering old and quite possibly dangerous treasures. Another great thing about Evelyn is that she is protective of the ones she loves and can handle herself in a fight but she never loses her femininity.

Evelyn is such an important character to me that I’ve already said that if I end up having a daughter in the future I want to name her Evelyn. Fun fact: one of my grandfather’s sisters was called Evelyn so at least there is a family connection as well.

Also The Mummy is a spectacular film and I’ll hear nothing said against it. The second one’s pretty great too. And there’s no third film.

What’s your favourite film? I don’t know about you but as a self-confessed film addict, sometimes that question stops me in my tracks. There’s so many films out there, so many “great” and “classic” films and I do sure appreciate films like One Flew Over the Cuckoo’s Nest and The Shawshank Redemption but I wouldn’t say they were my favourite films.

For me to class a film as a favourite it has to be something I want to and will watch over and over again. A film that brings me joy as well as maybe make me laugh and even cry, I want my favourite film to be fun.

So without further ado, here are the five films I say are my favourites whenever I’m asked that horrible, hard question.

The Lord of the Rings trilogy (because it totally counts as one film)
I rewatch the trilogy one a year, usually around Christmas time, and it continues to give me all the emotions. I can quote like 90% of the film, Aragorn continues to be one of my favourite characters ever, Merry and Pippin make me laugh and Sam and his love for Frodo always makes me cry. And don’t get me started on when Aragorn says “You bow to no one” to the hobbits and everyone bows and I just start sobbing.

Top Ten Tuesday is a feature run by BrokeAndBookish each week – I’m thinking I might not take part every week but just see if a week takes my fancy. In honour of Thanksgiving (which I know nothing about really because I’m a Brit) this week I’m going to list the ten fictional families I‘d like to celebrate with, these families are going to be from books, films and TV shows and my favourite trope of “Families of Choice” will almost certainly be making an appearance.

The Pevensies – The Chronicles of Narnia by C.S. Lewis
Sure the Pevensies don’t always get along but they always come together and sharing a special dinner with them, and maybe some other characters like Mr Tumnus and the Beavers, would be nice.

The O’Connell-Carnahan’s – The Mummy and The Mummy Returns
This family is #familygoals. Rick may be the only American in the family so he might have to persuade his wife, son and brother-in-law to take part in Thanksgiving but I’m sure they would and then Ardeth Bay could join in too.

The Baggins’ – The Lord of the Rings by J.R.R. Tolkein
Whether it would be a small dinner with just Bilbo and Frodo, or if Pippin, Merry and Sam were there too, it would be a great meal because Hobbit’s know their food and how to party. END_OF_DOCUMENT_TOKEN_TO_BE_REPLACED 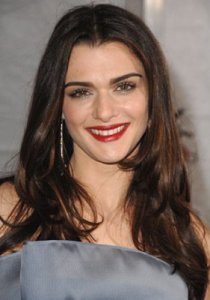 I love Rachel Weisz. The first film I ever saw her in was The Mummy (1999) and it is one of my favourite films. Thanks to her performance as Evelyn Carnahan in The Mummy and its sequel The Mummy Returns (2001) I want to call my hypothetical future daughter Evelyn. I just love the character so much, she’s a librarian who’s smart and brave and totally saved the day.

The Fountain (2006) is an odd film, it’s from Darren Aronofsky so of course it’ll be at least a bit strange, but I can’t help but like it and the love story between Rachel Weisz’s Isabel and Hugh Jackman’s Tom is quite beautiful really.

Recently Rachel Weisz was honoured at Variety’s Power of Women event which is an event which honours women who do work to help others and further women’s causes. She was honoured due to her work with the charity Opportunity Network which helps lower-income children go to college and to go on to graduate.

END_OF_DOCUMENT_TOKEN_TO_BE_REPLACED

So here are some of my favourite secondary characters:

Angela from the Inheritance Cycle by Christopher Paolini 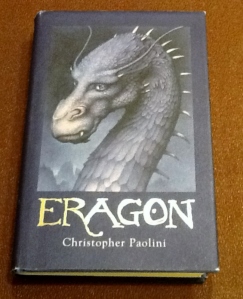 I love how mysterious Angela is, and while you do get some hints to what her background is in the final book, I love how you never know everything about her. I think if you did she’d lose something that makes her so special. Angela is a healer and witch and has the uncanny ability to turn up wherever significant events are happening.

Jonathan Carnahan from The Mummy and The Mummy Returns
(I feel as if I’m forever mentioning The Mummy and Jonathan Carnahan in these blog posts – oh well! Just shows home much I love him)
Jonathan is funny, loyal but slightly useless. He’d do anything to help his family but he’s also a bit of a scaredy-cat that being said when he needs to step up the plate he does so.